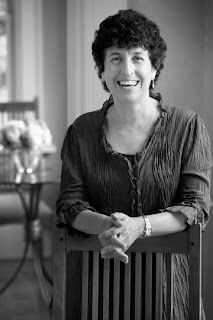 Rhea Tregebov’s seventh collection of poetry, All Souls’, was released by Signal Editions/Véhicule Press
(Montreal) in September, 2012. Maisonneuve magazine writes of All Souls’ that Tregebov’s “use of language is effortless, allowing the book to contemplate – sometimes quietly, sometimes more forcefully – the way in which small moments speak to a larger human consciousness.” Her poetry has received the Pat Lowther Award, the Malahat Review Long Poem prize, Honorable Mention for the National Magazine Awards and the Readers’ Choice Award for Poetry from Prairie Schooner. Tregebov is also the author of an historical novel, The Knife-Sharpener’s Bell (Coteau 2009), which won the Segal Prize in literature and was shortlisted for the 2012 Kobzar Prize.

In addition to her poetry and fiction, Tregebov has also published five children's picture books, including The Big Storm and Sasha and the Wiggly Tooth. She also has edited an anthology of translations from Yiddish, Arguing with the Storm: Stories by Yiddish Women Writers, which she co-translated and edited (2007, Sumach Press; 2008, The Feminist Press CUNY). She is the editor of nine other anthologies of essays, poetry and fiction for a number of presses, most recently Gifts: Poems for Parents.

We acknowledge the support of the Canada Council for the Arts, which last year invested $157 million to bring the arts to Canadians throughout the country.