For the first of our 2019 reading series, Spoken INK welcomes authors Cynthia Sharp and Sharon McInnes. Readings begin at 8:00 p.m. at the Burnaby Art Council's Deer Lake Gallery, 6584 Deer Lake Ave, Burnaby. The Burnaby Writers' Society will host a critiquing workshop at the gallery prior to the readings (6:15 – 7:45 p.m.) and, as always, there will be Open Mic opportunities following the featured readings. 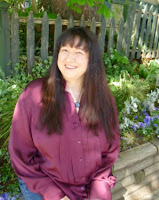 Cynthia Sharp is the author of Rainforest in Russet and The Light Bearers in the Sand Dollar Graviton. Her work has been published and broadcast internationally in journals such as CV2, Lantern Magazine and untethered, among others, and nominated for the Pushcart Prize and Best of the Net Anthology. She is a full member of The League of Canadian Poets and the Greater Vancouver Regional Rep for The Federation of BC Writers. When not writing, she loves walking in nature. 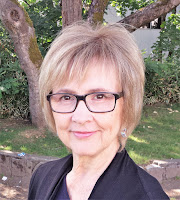 Sharon McInnes is the author of Up Close & Personal: Confessions of a Backyard Birder, a compilation of columns written for The Flying Shingle when she lived on Gabriola Island from 2007 to 2018. She’s been a guest author for Bird Canada for 6 years and has had articles and essays published in various magazines and newspapers. Her personal essay, "The Formative Years", was included in Writing the West Coast: Artful Identities, by Key Publishing House in 2012. Across a Narrow Strait, Sharon’s first novel, was released in October 2018.
Posted by Eileen Kernaghan at 10:21 AM