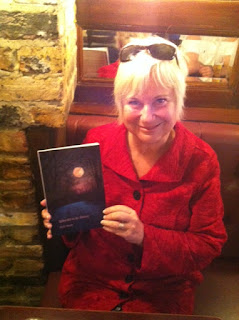 Jude Neale is a Canadian poet, vocalist, spoken word performer and mentor. Jude has collaborated over eighteen times in the last two years with dancers, jazz trios, guitar, percussion and tabla, piano, slam poets, visual art and the viola. These performances have included singing with poetry and have been recorded in a viola/poetry EP called Places Beyond. She publishes frequently in journals, anthologies, and e-zines.

Jude has written five books. Her last book, A Quiet Coming of Light, A Poetic Memoir (leaf press), was a finalist for the 2015 Pat Lowther Memorial Award, several of its poems were shortlisted for The Magpie Award, judged by George McWhirter, Vancouver's first Poet Laureate and three of its poems were nominated for the coveted Pushcart Prize (US) by three different publishers. One of Jude's poems from her forthcoming manuscript, Splendid in its Silence, was chosen by Britain's Poet Laureate to ride with other winners around the Channel Islands on public transit for a year.

Paul F. Butler is the author of nine novels, including The Widow’s Fire (May 2017) and The Good Doctor (2014). His work has appeared on the judges' lists of Canada Reads, the Newfoundland and Labrador Book Awards shortlists, and he was on the Relit Long List for three consecutive years. Between 2003 and 2008, he won the annual Government of Newfoundland and Labrador Arts and Letters Awards four times. He currently lives and works in Lethbridge, Alberta.

Susan McCaslin has published fourteen volumes of poetry, including her most recent, Painter, Poet, Mountain: After Cézanne (Quattro Books, 2016). Her upcoming volume, Into the Open: New and Selected Poems (Inanna Publications), will be launched in Toronto on Sept. 2017. Demeter Goes Skydiving (University of Alberta Press, 2011) was short-listed for the BC Book Prize (Dorothy Livesay Award) and the first-place winner of the Alberta Book Publishing Award in 2012. Susan has also published a memoir, Into the Mystic: My Years with Olga (Inanna, 2014). She resides in Fort Langley, British Columbia where she initiated the Han Shan Poetry Project as part of a successful campaign to protect an endangered rain forest along the Fraser River. 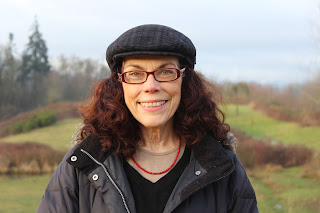