Announcing our programs for January and February 2016


Candice is Poet Laureate of the City  of New Westminster; President of The Royal City Literary Arts Society; a full member of The League of Canadian Poets; Board Advisor The International Muse (India); Board Advisor Federation of BC Writers; Honorary Professor at the International Arts Academy (Greece); Past President of the Federation of British Columbia Writers; Past Director of SpoCan; Past President of Slam Central; creator of the long running events “Poetic Justice” and “Poetry in the Park”. She is the recipient of “Writers International Network’s Distinguished Poet Award 2013” and recipient of the Pentasi B “Woman of Prestige Award 2013” (Philippines).

www.candicejames.com http://saddlestone.shawwebspace.ca
http://candicejames.shawwebspace.ca  www.youtube/saddlestone11
Janet Kvammen is a photographer, artist and book cover designer among other things; she is a poet of many passions who writes about her love of nature and the nature of love. Thinking she would never be published she has somehow ended up in multiple anthologies and hopes to get her own book out someday. The recipient of a Writer’s International Network 2012 Distinguished Poet and Artist Award, Janet has been a featured poet and host at various literary events including “Poetic Justice”, “Poetry in the Park”, “World Poetry” and more. Vice-President of the Royal City Literary Arts Society, she is also the editor/designer of their E-zine, Wordplay at Work. Check out her creative endeavours & more on the Facebook page, PlanetJanet Creations.  https://www.facebook.com/pages/PlanetJanet-Creations

Spoken INK is a reading series presented by the Burnaby Writers' Society on the second
Thursday of each month (except July and August). For more information, contact bwscafe@gmail.com 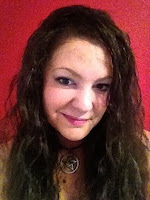 Chelsea Comeau is a freelance writer and editor whose work has appeared in Quills and CV2. In 2011, Amber Tamblyn chose her piece as the winning entry in the BUST magazine poetry contest. In 2014 Chelsea attended Writing with Style at the Banff Centre with Lorna Crozier, and in 2015 she won the Canadian prize in the Leaf Press Overleaf chapbook contest.

Sheila Rosen is a Burnaby poet. In her book, Silence, The Breaking of It, she explores a vibrant childhood among the interned Japanese in small town BC, young love and loss, and a vision of the larger world that is both spiritual and deeply human. Sheila feels fortunate to have been encouraged in her writing by Burnaby Writers Society and Regent College, and by many fellow poets.

Be sure to join us at Wings Pub and Grill, 6879 Kingsway, Burnaby! (In the covered, heated patio – enter through the pub.)

Posted by Eileen Kernaghan at 5:18 PM