W. RUTH KOZAK is a Canadian historical fiction writer and travel journalist with a strong interest in history and archaeology. She publishes regularly in print and on-line travel magazines and is currently working on an e-book guide of Athens for a US publisher. A frequent traveler, she has lived several years in Greece and visits there regularly. She edits and publishes a travel e-zine Travel Thru History www.travelthruhistory.com

Her first historical fiction novel, SHADOW OF THE LION about the fall of Alexander the Great’s dynasty, was extensively researched in Greece and Asia Minor with the support of Classical scholars, the Greek Ministry of Culture, the Society of Macedonian Studies (Thessaloniki), the Finnish Institute in Athens, the Norwegian Institute of Athens and with further research undertaken in the Gennadius Library and the British Library in Athens.

See MediaAria-CDM for publicity for the novel: http://www.mediaaria-cdm.com/w-ruth-kozak/
See Shadow Of The Lion’s blog site at http://shadowofthelion.com  Ruth’s Website: www.ruthkozak.com

EILEEN KERNAGHAN lives in New Westminster. She is the author of nine historical fantasy novels and a three-time winner of the Aurora Award for Canadian speculative fiction. Her latest novel, SOPHIE, IN SHADOW (Thistledown Press, 2014) is set in 1914 British India. It’s a story of enemy spies, terrorist plots and paranormal events played out against the background of the first world war. An associated novel, Wild Talent: a Novel of the Supernatural (2008) was shortlisted for the 2009 Sunburst Award for Canadian Literature of the Fantastic, while The Alchemist’s Daughter (2004) was shortlisted for the Sheila Egoff Award for Children’s Literature. As well, her 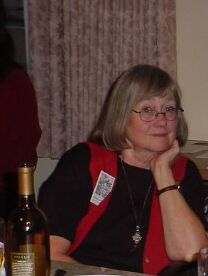 short stories and poems have appeared in many North American literary and speculative publications. You can visit Eileen's website at www.eileenkernaghan.ca