You can read Sandra Wickham's article on fellow BWS member David Glyn-Jones, author, as David Glenn,  of the DeSubermore mysteries, at http://www/inkpunks.com
Soon to appear: Diane Tucker’s: Sandgrain Leaf Poems, a little poetry chapbook from David Zieroth’s excellent Alfred Gustav Press .
Franci Louann was featured poet Sept.19th at Renaissance Books in New West. She also  read at the Burnaby Writers' Society event Tues. Sept. 21 - her poem "Natalina's Garden" won 2nd prize in the BWS 2010 contest. On Sat. Sept. 25th she co-hosted with Candice James, Poetic Justice at Hyack Square, near New West Skytrain station.
Wild Violet   has published several articles by John Joyce:  "A Small, Green Piece  of Paper;   Two Islands: England and Eel Pie Island." ( London in the early sixties; a backdrop of rhythm and blues music on a small island in the River Thames; some forgotten insights into those days) and "Tennis Above the Net":   A look at the sport of tennis, with its mannerism and perceptions.

Family Secret took number seven spot for new Canadian children's books on the Canadian bestseller list for the week ending June 1st. The fourth book in Linda's  bestselling YA fantasy series, The Family Secret was recently reviewed in Kirkus Reviews: "the fascinating look at Sweden’s history and culture makes it an entertaining and worthwhile read."

Anne Hopkinson's poem "A Number of Women are Missing" will be included in the Caitlin Press anthology Walk Myself Home: An Anthology to End Violence Against Women, forthcoming Fall 2010.

The Queen's Sword and its sequel The Queen's Jewels mark the beginning of a new series of Elizabethan adventure/ mysteries from US publisher Fireside Press -- their first from a Canadian writer. The author is retired actor and BWS member David Glyn-Jones, who writes as David Glenn. 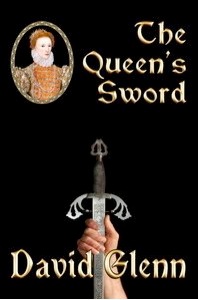 The Burnaby Arts Council will host a launch of The Queen’s Sword and The Queen’s Jewels at the Deer Lake Gallery, in on Saturday, September 25th at   David will be reading from the novels and talking about how he brought his characters, both historical and invented, to colourful life. The first two books in the series are now available from Amazon and other online sites, and from Fireship Press

Margaret Law is now contributing a column, “Margaret’s Musings” to the new Islands Independent newspaper. at the end of May.

Congratulations to Dorothy Stott., who won an Honourable .Mention, in the 2010 Dr. William Henry Drummond poetry competition. Along with a cash prize, Dorothy’s work will be included in a limited edition of the prize winning poems.

On February 13, Gordon Mumford and other war veterans involved were presented with medallions by J.P. Balkenende, the Dutch Prime Minister. The medallions commemorate the 65th anniversary of the liberation of the Netherlands in 1944/45. Gordon presented copies of The Black Pit to the Dutch Consolate and to the West Vancouver students who will attend the ceremonies in Holland, Belgium, and Vimy Ridge.


Posted by Eileen Kernaghan at 8:55 AM