Now that we’re settled into our new meeting place at Wings on Kingsway, our 2015 Annual General Meeting and Election of Officers will be held on our regular meeting night, Thursday, December 10, starting early at 6:45 p.m. The AGM will be followed by a short workshop session and/or sharing of seasonal writings, with readings by our special guests beginning at 8.m.

We’re pleased to announce that our December guests readers are poets Raoul Fernandes and Bren Simmers.

Our new venue: Wings Pub & Grill, 6879 Kingsway, Burnaby (NW side of Kingsway @ Griffiths Drive). We’re in the covered (and heated) patio – entry through the pub. 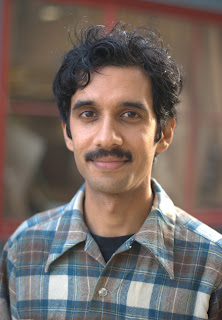 Raoul Fernandes has been writing poetry since childhood, and is involved in both online and offline writing communities. He completed the Writer’s Studio at Simon Fraser University in 2009. He was a finalist for the 2010 Bronwen Wallace Award for Emerging Writers, and winner of the 2010 Sakura Award at the Vancouver International Cherry Blossom Festival. His poem “After Lydia” was recently adapted into a short film. He lives and writes in Vancouver, BC. 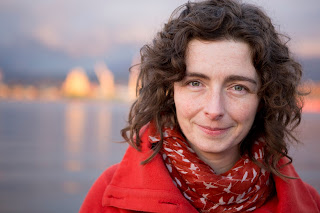 Bren Simmers is the author of one previous book of poetry, Night Gears (Wolsak and Wynn, 2010). She is the winner of an Arc Poetry Magazine Poem of the Year Award, was a finalist for The Malahat Review’s Long Poem Prize and has been twice longlisted for the CBC Poetry Prize. Her work has been anthologized in Alive at the Center: Contemporary Poems from the Pacific Northwest (Ooligan, 2013). She currently lives in Squamish, BC.


Posted by Eileen Kernaghan at 9:57 PM