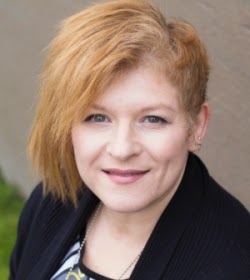 Diane Tucker has published three books of poems, most recently Bonsai Love (Harbour Publishing, 2014). Her poems have been published in numerous anthologies and in more than sixty journals in Canada and abroad. Her first novel, His Sweet Favour, was released by Thistledown Press in 2009. In November of 2013, Calgary’s Fire Exit Theatre produced her first full-length play, Here Breaks the Heart: the Loves of Christina Rossetti.

Diane has been leading writing workshops and classes for many years and has curated several public reading series, including the Dead Poets Reading Series in Vancouver. She has also served on the executives of both the Burnaby Writers’ Society and the League of Canadian Poets. She has done at least a hundred public readings of her own work.

Diane’s favourite colour is green; her favourite movies are Truly Madly Deeply and The Linguini Incident. She has never successfully driven a car and has an embarrassingly large collection of vintage buttons.


This workshop is open to the general public by donation. (Suggested donation is $5.) Burnaby Writers’ Society members attend free of charge. Participants’ poetry will be workshopped on a first-come, first-served basis.

Posted by Eileen Kernaghan at 6:11 PM