Stephen Karr is a library technician and poet who writes about social and environmental issues, nature, and observations on his life and locating himself in the world. He lives in Vancouver. He is currently editing his first book of poetry which examines his liver transplant and its effect on his life from an existential perspective. He is a regular at open mics in Greater Vancouver, and has featured several times. He is a member of The Federation of BC Writers and Royal City Literary Arts Society.

Shawn Gale is an academic and award-winning author. His stories have been published in anthologies and periodicals in the U.S. and Canada. He is the author of acclaimed story collection The Stories That Make Us and the critically-acclaimed fantasy series World of Dawn. He is a member of Burnaby Writers Society, Royal City Literary Society, and The Writers Union of Canada. He enjoys reading and reciting poetry.

Warren Dean Fulton is a full member of the Directors Guild of Canada, working in the British Columbia Film and Television Industry. A resident of New Westminster, Warren is also a member of the Royal City Literary Arts Society, and is the host of the weekly poetry reading series Poetic Justice/ Poetry New West. 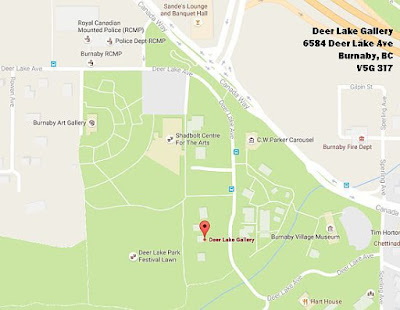 Posted by Eileen Kernaghan at 4:24 PM