There will also be a Burnaby Writers' Society workshop meeting at the gallery prior to the readings (6:30 – 7:30 p.m.). Feel free to attend one or both portions of theses events.

Heidi Greco has lived in Surrey or White Rock since the mid-1970s, but previous to that she was a 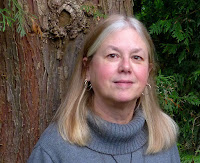 resident of Burnaby, and a member of the BWS. She feels she still owes a debt to the writing workshops she attended in Burnaby, especially for the guidance and encouragement extended by Eileen Kernaghan. Since those Burnaby days, her poems, fiction, reviews and essays have been published in books, magazines, newspapers and in a range of online publications. Her most recent book is Flightpaths: The Lost Journals of Amelia Earhart (Caitlin Press, 2017). Another collection of poems, Practical Anxiety, is forthcoming from Inanna Publications in 2018. 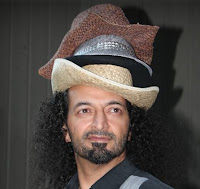 Kyle Hawke has been performing spoken word for over twenty years in a variety of formats and venues. Preferring to work with musical accompaniment, he has fronted various bands over the years, switching easily between singing and spoken word. He founded the Bohemian Caress interdisciplinary series which presented spoken word, improvised music, and live painting concurrently. Kyle is a partner in Three Ocean Press, which just launched their first title in October. He has also been screenwriting, and is shopping an animated series pilot.

Spoken INK is a reading series presented by the Burnaby Writers' Society on the second Tuesday of each month (except July and August).

Posted by Eileen Kernaghan at 2:24 PM