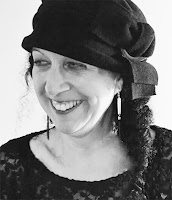 Bonnie Nish is founder and Executive Director of Pandora’s Collective Outreach Society a charitable organization in the literary arts based in Vancouver. She is also Executive Producer of the Summer Dreams Literary Arts Festival, an outdoor festival now in its tenth year. Bonnie has a Masters in Arts Education from Simon Fraser University and is currently pursuing a PhD in Expressive Arts Therapy at the European Graduate School.. Bonnie’s poems have been published widely, and her first book of poetry Love and Bones, was launched into the world in September by Karma Press.

Posted by Eileen Kernaghan at 4:26 PM