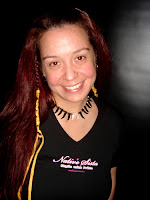 Crystal Favel has reached out to over 400,000 fans in hopes to inspire the world through motivational writing, speaking and production events. To contribute to the solidarity of the Native Community she founded her own production company, “Urban Indian Productions Inc.” She is a proud member of the Cree/Métis/Irish nation, born in North Vancouver and currently residing in Vancouver, BC. Her trail blazing ideas and projects exude innovation and excellence as she follows in her ancestral footsteps and writes her heart out in prose and inspirational communication products. She has 20 years of technology experience, 10 years leadership experience, several awards, certificates and milestones that validate her mission and positive attitude.

By the time she was 18 years old she had several of her published works featured. Such examples of interviews, book reviews and conference reports were published by Beedaudjimowin as she captured the essence of Aboriginal issues in her articles. In the past seven years her writing has been published by Indigenous Writers Collective, Windspeaker, Beedaudjimowin, Spirit Magazine, Lac De Flambeau, Thirdspace University of Victoria, Examiner.com and Transport Canada. She was also featured in SAY Magazine, Aboriginal Business Quarterly, AfroToronto, Windspeaker, Barrie’s Bay News, CANDO, RPM, CBC, Much Music, Aboriginal Voices Radio, Ryerson Radio, C-WMEB Radio, Native Threads and Native Wear as a motivational Artist advocating positive change on a multimedia platform. 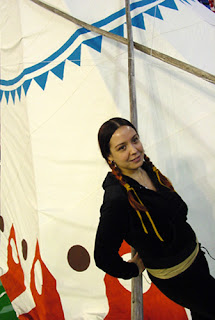 Her story composition and sound design skills have been utilized for Aboriginal films such as “Sky Stories” which was showcased at the HR McMillan Planetarium for three years. This film was showcased to grade 9 students as part of their curriculum as they learned about First Nation Sky Stories and atmospheric legends. Crystal not only produced sound effects and electronic music clips for the film, but she also creatively compiled all the files to give birth to a multimedia montage of Aboriginal stories thus launching her career as “The Digital Storyteller.” Since then she has nurtured her own Aboriginal stories into modern works of audio art that highlight her inspirational message in her writing. The fusion between technology and her writing has fuelled a leading edge career for Crystal that has impacted the hearts and minds of thousands of people leaving them asking for more.

“May the young ones learn from our mistakes without suffering from them.”

Spoken INK is a reading series presented by the Burnaby
Writers' Society on the third Tuesday of each month
(except July and August).
For more information, visit
www.BurnabyWritersNews.blogspot.com
or contact
bwscafe@gmail.com

Posted by Eileen Kernaghan at 6:50 PM