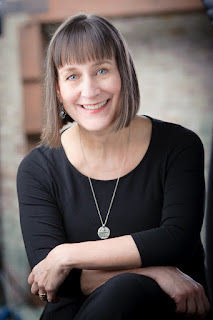 Linda Svendsen's recent novel, Sussex Drive (2012), is a startlingly funny and deeply satisfying satirical novel that makes the Canadian political scene accessible from the female perspective, behind the scenes at the top of the hill. Svendsen’s linked collection, Marine Life, was published in Canada, the United States and Germany and her work has appeared in the Atlantic, Saturday Night, O. Henry Prize Stories, Best Canadian Stories and The Norton Anthology of Short Fiction. Marine Life was nominated for the LA Times First Book Award and released as a feature film. Svendsen’s TV writing credits include adaptations of The Diviners and  At the End of the Day: The Sue Rodriguez Story, and she co-produced and co-wrote the miniseries Human Cargo, which garnered seven Gemini Awards and a George Foster Peabody Award. She received the John Simon Guggenheim Fellowship in 2006. Svendsen is a professor in the Creative Writing Program at the University of British Columbia. She was born in the riding of Mount Pleasant and raised in Coquitlam-Port Moody. Read a feature review of Sussex Drive at http://arts.nationalpost.com/2012/11/09/book-review-sussex-drive-by-linda-svendsen/

In keeping with Linda's book, the November Open Mic theme is SATIRE

Posted by Eileen Kernaghan at 11:22 AM