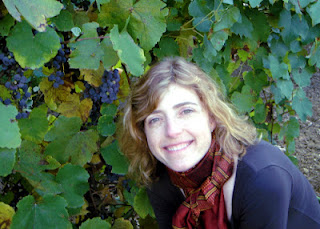 Be sure to join us on Tuesday February 21st when Leslie Michel Beckmann is our special guest for the Burnaby Writers’ Society’s Spoken INK reading series. Open mic sign-up is at 7:30 p.m., and our featured guest reads at 8:00 p.m. at La Fontana Caffe, 101-3701 East Hastings in North Burnaby (NE corner of Boundary and Hastings).

Leslie is an environmental scientist living, writing, and playing on Vancouver's North Shore. Her non-fiction has appeared in peer-reviewed academic journals and in the popular press on topics ranging from physiology, to climate change, to marine conservation in Canada's arctic. Leslie's short story, "Tortfeasor", was a prize-winner in the 2011 Canada Writes competition for Creative Non-Fiction and her short-story "Fingerling" was short-listed for the Malahat Review's 2012 Open Season award for Creative Non-Fiction. Her fiction has also appeared in Air Canada's En Route magazine, The Globe and Mail, The Vancouver Courier, and Nature Canada, and has been broadcast on CBC Radio's First Person Singular.

Her first full-length work, a thriller set on the Yucatan in the days before the Mayan `apocalypse' entitled The Sum of All Evils (www.thesumofallevils.com), was published in March 2011.

Leslie and her daughter share their home with a nascent ark: two dogs, two terrapins, two leopard geckoes and about fifty crickets, a handful of which seem to live – and sing – under the refrigerator at any given time.

Spoken INK is a reading series presented by the Burnaby Writers' Society on the third Tuesday of each month (except July and August). For more information, contact bwscafe@gmail.com.
Posted by Eileen Kernaghan at 10:28 AM