Post a comment on Casey Wolf's blog (cjunewolfden.blogspot.com), as to why you'd like a copy. Casey will randomly draw a name and mail a free, signed copy to that person. Don't post names, addresses, or personal information. Casey will contact you for the mailing address if you win. Just tell her why you want to go exploring the realm of Casey's Creatures. If you want the scoop on Finding Creatures & Other Stories by C. June Wolf, you can get it at the publisher's website (www.wattleanddaubbooks.ca).

Eileen Kernaghan's Wild Talent: a Novel of the Supernatural is reviewed in the Spring 2009 issue of Canadian Children's Book News. You can read it here.

Mary Choo's short story "Resonance" has been accepted for the upcoming vampire anthology, Evolve, edited by Nancy Kilpatrick and due out next spring. Another of Mary's stories, "The Drowning-Poles", appears in the inaugural issue of the West Coast speculative anthology Escape Clause, edited by Clélie Rich. Mary's story "The Language of Crows" is included in the forthcoming Canadian speculative anthology Tesseracts 13. As well, Mary has sold three poems, "The Malcontents," "From the Hidden Texts of Lucy Maud," and "The Hill Witch," to the upcoming speculative issue of Room Magazine.

Dorothy Stott has won an Honourable Mention in the 2009 Golden Grassroots Chapbook Contest. From 42 submissions, Dorothy’s entry was one of the top 5 collections of poems for the H.M. As well, two of Dorothy's poems were among the winning entries in the Dr. William Henry Drummond Poetry Contest and have now been published in the Chapbook.


Diane Tucker's first novel, His Sweet Favour, will be released by Thistledown Press in September 2009. Meanwhile, you can read three of Diane's poems in the new online poetry magazine, RHYTHM.

Elizabeth Elwood's play, Renovations, is scheduled to be produced by an Ontario theatre group, which means that Elizabeth will have two plays running back east next year.

John Joyce has had one of his essays “How Old Are You?” published on Inscribed, an online magazine.

Franci Louann has had two poems published in The Moon That Follows You Home — poems of call and response (available at www.cuc.ca): "Angling for the Sacred" and "The Rogue Chalice." She has three poems which were part of the Poets and Painters Show (South Delta Artists Guild / Pandora’s Collective / World Poetry) last year, which are to be featured in a book about the show: Bikinis, Jasmines, Los Colores.

Rhea Rose's story "Alia's Angel" has been accepted by Nancy Kilpatrick for her vampire anthology, Evolve.

Eileen Kernaghan’s historical fantasy, Wild Talent, has been selected for inclusion in a Spring 2008-2009 CanLit for Teens grades 9 to 12 school library package. Wild Talent is reviewed in the April 2009 issue of The New York Review of Science Fiction, and in the spring 2009 issue of Canadian Children's Book News.

Elizabeth Elwood's latest mystery novel, A Black Tie Affair and Other Mystery Stories, will be on display January 15 through March 15 in the Books With Buzz section of the Metrotown Chapters. Chapters will be hosting a second Book Signing on Saturday, March 28, 1:00 pm&nbps– 4:00 pm. Elizabeth is also pleased to report that her play, Casting for Murder, which ran with Terrace Little Theatre until Feb. 21 of this year, will be staged in Ontario by the Scarborough Theatre Guild in their next season (April 2010).

Bernice Lever has received a Lifetime Membership Award from The Ontario Poetry Society. On April 25th Bernice will present a workshop, "Be Your Own Editor," for World Poetry. (More info at Bernice's website: www.colourofwords.com.)

Sandra Wickham’s short story “Mama’s Boy” has been accepted for a new horror anthology edited by Nancy Kilpatrick. The anthology will be launched at the 2010 World Horror Convention in London

C. June Wolf, writing under the name Mael Brigde, has placed her autobiographical piece "Mael Brigde: Servant of Brigit, Daughter of the Flame" in the upcoming anthology Out of the Broom Closet, edited by Autumn Murphy-Hiscock. Provenance Press (September 18, 2009).

Eileen Kernaghan was interviewed by Kevin McKay for the Dec-Jan 08/09 issue of Senior Living.

Congratulations to penny k-kilthau, whose story “The Sum of Beth” won first prize in Room magazine’s 2008 fiction contest. The story is to be published in Room's first issue of 2009.

Kit St. Germain's story "As he was" has been accepted for publication in the online magazine Strange Horizons.

John Joyce has recently published one of his humorous essays, "Humour is a Funny Thing," in Inscribed, an online magazine.

David Glyn-Jones’ poem “The Picture” and his story “Last Lap” each took 4th place in the recent Ouse Valley competitions based in Liverpool UK. One of David’s other pieces placed 7th and is being considered for the December Humour Prize. The competitions draw 800 or so entries from around the world.

John Joyce’s “The Green Frisbee in Toronto” and “The National Sales Meeting” have been published by Wild Violet quarterly literary magazine.

Congratulations to Linda DeMeulemeester, whose middle grade fantasy The Secret of Grim Hill (Lobster Press) has won the Silver Birch Award. From the book review section of the June 21st Vancouver Sun: Burnaby's Linda DeMeulemeester has scored big with her first book, The Secret of Grim Hill. Ontario children in Grades 3 to 6 voted the spooky school story their favourite work of fiction, awarding it a Silver Birch Award." As well, The Canadian Toy Council has named The Secret of Grim Hill one of the "Great Books for Children" for 2008. The sequel, Grim Hill: the Secret Deepens, is due out from Lobster Press in September. Linda recently heard that Scholastic Canada has picked up the Grim Hill series for schools and book fairs. 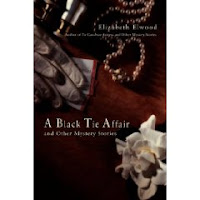 Elizabeth Elwood's A Black Tie Affair and Other Mystery Stories, is now available.
Opera singer and part-time sleuth, Philippa Beary, returns in the second of a series of lighthearted mystery books featuring the Beary family. In A Black Tie Affair and Other Mystery Stories, Philippa—together with her feisty city councillor father and her detective inspector brother—foils would-be criminals in a variety of settings. The lively tales take the various members of the Beary family all the way from the Sunshine Coast of British Columbia to the city of New York. With subjects that range from political controversies to disasters at the Christmas pantomime, these nine intriguing stories will challenge mystery lovers everywhere.
"Well-crafted stories which will delight mystery fans." — Kirkus Discoveries
"This book will be loved by readers of traditional British authors such as Dorothy Sayers or Agatha Christie." — Jan de Grass, The Coast Reporter
"Elwood’s believable situations, natural dialogue and wit make her stories a pleasure to read." — Annie Boulanger, Burnaby Now
“Another fine production of the Beary family … I found great enjoyment reading the stories. There is a very pleasant tone and ambiance around these people … very good descriptive imagery that sets a scene … Original and evocative. There are many [examples] I could cite that elevate [the author] from the common run of writers in the genre.”—Barbara Kay, National Post
Elizabeth launched A Black Tie Affair on October 23 at the Bernie Legge Theatre in New Westminster. Meanwhile, her mystery play, Casting for Murder, is going into its fourth production.

Eileen Kernaghan's latest YA historical fantasy, Wild Talent: a novel of the supernatural, set in London and Paris circa 1888, is now available in Canada at Chapters, White Dwarf Books and other bookstores, and for order from amazon.ca. 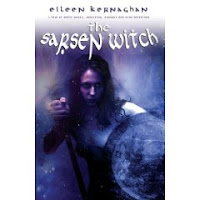 The new edition of Eileen Kernaghan's historical fantasy, The Sarsen Witch, set in early bronze-age Britain, has been released by the Juno Books imprint of Wildside Press. You can order it from amazon.com or other online bookstores, or directly from Juno Books. Brick & mortar shops can order from Ingram, or from Juno Books. You can read a review at Eileen's blog: eileen-kernaghan.blogspot.com.

Mary Choo's short story, "Killing Daniel," was published in the Paranormal Fiction issue of the new genre anthology, SNAFU, launched by Objective Press and Ravine Screenprinting on June 9, 2008 in Montreal. As well, Mary's introduction, "Bruce Taylor – A Passion For His Art," will appear in Magic Realist writer Bruce Taylor's new book, The Tails of Alleymanderous and Other Odd Tales," to be published by Subatomic Press of Oregon in 2009.

Kit St. Germain's novelette, The Tinker's Dam, has been accepted for publication in the Susurrus Press anthology Neverlands & Otherwheres.

Nancy Bennett has two new pieces on the internet.The first is the story of her 3,000-year-old beans which she is currently raising into plants (all the way from King Tut's tomb to Vancouver Island). Go to this csmonitor.com link and click on "sowing the seeds of history." The second is her current car history column for driver magazine — in honor of the Ford history in Canada. Go to this drivermagazine.ca link and click on "Any color, as long as its black."

Susan McCaslin is one of the contributors to a new anthology, Crossing Lines: Poets Who Came to Canada in the Vietnam Era (Seraphim Editions, 2008)

OH MY! MURDER AND MAYHEM IN THE TRI-CITIES? 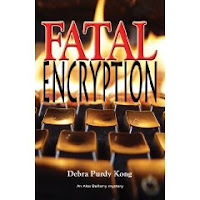 Long-time Port Moody resident Debra Purdy Kong answers this question in her thrilling new mystery novel, FATAL ENCRYPTION — a tale of murder on Heritage Mountain, a neighbourhood where bad things aren’t supposed to happen.
Dressed as Kermit the Frog on Halloween night, an unemployed Alex Bellamy wonders where his life went wrong. It could be worse. A few miles away, Coquitlam resident, Zachary Ternoway, is stabbed at his front door. In need of cash, Alex agrees to help catch a computer prankster at McKinleys’ Department Store. But things turn serious when someone vows to permanently encrypt the store’s data and torch the building unless ten million dollars is handed over in two weeks. Alex knows there’s a connection between the murder and the extortion threat, yet time’s running out. People are questioning his competency, and a killer’s threatening his life.

Congratulations to Cáit Coogan, whose short story “Deception” was shortlisted for the 2007 CBC Literary Awards.

Congratulations to Pam Galloway, whose poem “Away from You” has been awarded a "high commendation" in the Petra Kenny Poetry Contest.

Colleen Anderson's story "Stocking Stuffers," originally out in Cleis Books' Naughty or Nice, will be reprinted in the Mammoth Book of New Erotica 8, due out in 2009. Colleen's story “Janukurpara” will be included in the Mammoth Book of the Kama Sutra, and her SF story, “Ice Queen” is included in the Warrior Wise Woman anthology from Norilana books. Shroud Magazine #1 is out, with Colleen's story "Amuse-Bouche." Meanwhile, her story “Strict Management” appears in the Open for Business anthology from Cleis Press, her poem "The Drowning Ones" will appear in On Spec, and you can read her poem "The Trials of Lemons" at Chizine.com.
Posted by Eileen Kernaghan at 2:00 PM